How to install Asian Fonts on Ubuntu

This article will guide you through the installation process of the Asian Fonts on Ubuntu operating system. We’ll be installing packages with apt-get utility on the latest (at the moment of writing this article) available version of OS that is Ubuntu 20.04 LTS but the process is quite the same for the previous versions of Ubuntu.

The language support packages for the Ubuntu 20.04 LTS can be found at packages.ubuntu.com/focal/translations/.

Let’s search for Japanese language support packages and as you can see on the screenshot below there are two packages found that have a name which starts with language-pack-. 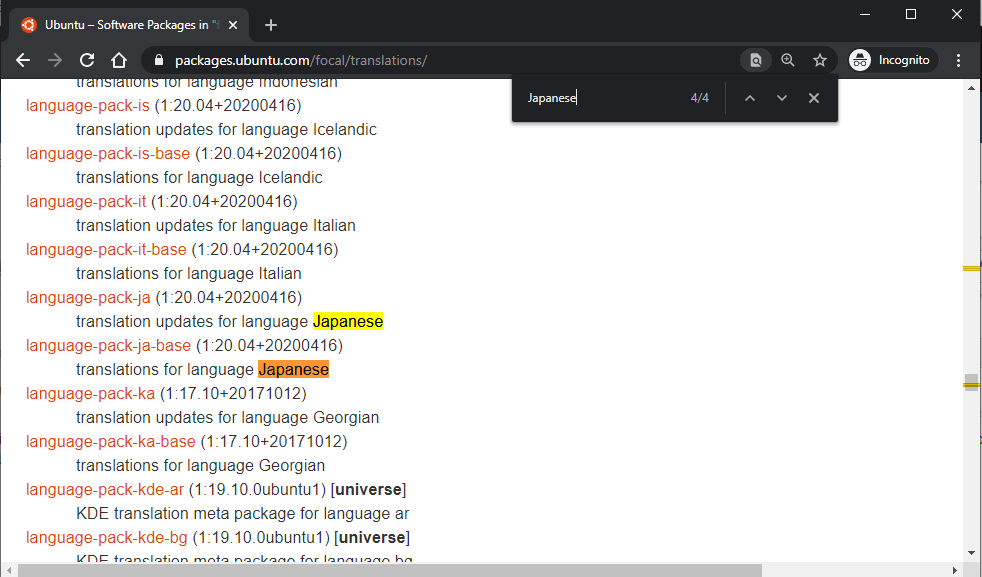 We’ll install the first one called language-pack-ja and the second one will be installed automatically as first one depends on second.

Let’s run Ubuntu in a Docker container and then install the language-pack-ja package.

Type the following command to update the packages list with updates and new packages.

And type the following to install the Japanese language support.

When installation will be completed you should see “Generation complete.” message.

That’s all, language support is installed.

The Chinese and Korean language support can be installed by typing the following commands: